HomeBlogSTORIES OF FAITHBY FAITH AND GRACE 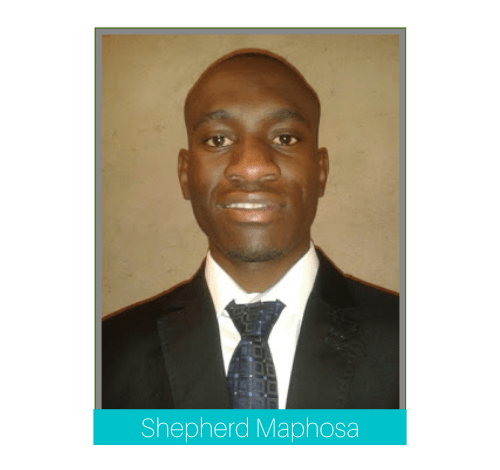 BY FAITH AND GRACE

April 20, 2020By Shepherd MaphosaSTORIES OF FAITH

Revelation 12:11 says: “They overcame him by the blood of the Lamb and by the word of their testimony; …”. When we tell testimonies of the Lord God’s power and saving grace on our lives, the devil slinks away tail between legs. So, let us share our amazing stories of God’s love in action and shame the evil one.
We look forward to reading your own story of faith in the coming weeks. Your well-written story should be about 800 – 1000 words. Send your story to: barbarankala@gmail.com. Selected stories will be compiled into an anthology of stories of faith.
Here is today’s story of faith told by Shepherd Maphosa. Enjoy! Look out for the next story of faith in two weeks.

BY FAITH AND GRACE

“Everything is possible to one who believes” Mark 9:29.
I am a believer. I meditate on Scripture daily. But, even as I pondered and planned for my business and livelihood in the past few years, never did I think that by 2020 I would have a fleet of five vehicles in the taxi transport industry: PRO- TAXIS – AVAILABLE 24/7 MONDAY-SATURDAY. Though I kept dreaming, I never knew my dreams would come to fruition. Mine is the proverbial rags to riches story. I am not yet where I plan to be, but I hope my story can encourage someone to believe, work hard on their passion, and begin to see their dream materialise.
I hail from Nkayi where I was raised by my maternal grandparents. I enjoyed my schooling, but after ‘O’ Levels there was no chance to go back and pursue schooling because of financial challenges. So, during one of the visits by my Uncle who worked in Harare, he decided to take me back with him on his return so I could look for work and take care of myself. I got a job as a gardener in 2011 in Borrowdale. Though my hopes to become a mechanical engineer had been stifled when I could not pursue education, I kept dreaming. Dreaming cannot be stopped by anyone as you can quietly dream on your own without anybody saying, “Hey, you! Stop that!” I had my own dreams as I dug the garden, or watered vegetables, or tendered various plants. I used to pray and fast a lot while I did my work. Jesus said, “Ask and it will be given to you; seek and you will find …” Matthew 7:7. I did ask that God helps me in my quest to have a transport business.
My grandma used to tell me a lot of Bible stories and told me also about hell which sounded like a very scary place. So, out of fear of hell I started going to church at my village in Nkayi. That is where I received Christ as my Lord and Saviour when I was 15 years old at Agape Mission. When I came to Harare, I attended the Brethren in Christ Church at Mt. Pleasant, and was baptised in 2012. I have been discipled a lot in this congregation. One of the things I learnt during a Sunday School class was to write down a list of things I hoped to achieve during the year, and to pray about that. Prayer became a lifeline for me especially as I saw some of what I prayed about come to fruition. One of my daydreams was to get a driver’s licence. So, I worked and saved for that. I had opened a Post Office Savings Bank (POSB) account and I eventually saved enough for driving lessons. That enabled me to have a little promotion when I worked at a family company at Glen Lorne. They did horticulture and produced cucumbers, yellow, red and green peppers and tomatoes. There were seven of us to start, but there came a time the employers started down-sizing as they could not pay all employees. They kept retrenching until I was the only one left. I worked in the greenhouses, went to make deliveries and kept records of sales. The remuneration was not great, but I stayed as I felt I was learning a lot in the process. Through constant prayer, I got a better job with more opportunities in 2015.
Two years before, at a church youth camp in 2013, I had met this young lady who stole my heart. Her name was Lynett Lupepe. We were married customarily. I desperately needed an improved salary as Lynett expected our baby girl Lynda, who was delivered on 14 June 2015. I had to think of ways of making extra money to care for my family well. We had free accommodation, which was a benefit. But then, my employers relocated to the United Kingdom. We decided to rent a room at Ballantyne Park where I then worked. My boss had a big place. There was an empty piece of land that I requested to use. My boss agreed. So, we grew in that place good quality green peppers, egg plants, green beans and carrots that we delivered to some restaurants. The caretaker of the place encouraged by others, became jealous when he realised that we were really making good, so he would cut off the water. We continued the best way we could to keep a thriving garden. That enabled us to save enough to buy our first car in September 2016. We thanked God and continued to pray for more opportunities. The owners of the place we rented wanted to renovate it. So, we looked for another place and got this lovely cottage in Vainona. The rent was steep for people coming from a $60 per month room to a cottage at $250 per month. Lynett and I looked at one another, wondering what to do.
“Should we, … really?”
“I think, let us take it by faith!” I said.
And so, we did. Surprisingly, our revenues began to increase so that we managed to buy a second car in November 2017. That really was God’s favour. The third car came in February 2018. That was a particularly good year as we attained a fourth car in October of the same year. The fifth vehicle came in May 2019. We sold our first car in November 2019 and got a new one in February 2020. Each time we get a new car, it really is an answer to prayer. I believe God is answering our prayers and taking us where he wants us to be as we fulfil our purpose on earth. Rev Absalom Sibanda, my Pastor, usually rejoices with us and prays blessings for our business.

I currently have four drivers that I select with care. I look for the less privileged but determined persons as I appreciate where I came from. The drivers also should not indulge in alcoholic beverages. This business is good, but it has its fair share of challenges. Good and long serving clients give very good tips and other gifts. But we do come across clients with criminal tendencies who will use trickery not to pay for rendered service. I once took a known client to the airport and he paid me with a very old $100 bill. I said,
“Please use some other money as this is too old.”
“I am sorry, that is all I have,” he said as he hurried away.
When I tried to cash it, I learnt it was no longer in circulation. I asked another client wo travels to United States often to try and help me. She succeeded but said she had to tell a lie as she pleaded with the bank that her grandmother had kept it a long time without knowing the currency had gone out of circulation. That is how the bank felt sorry for her and gave her a new note.
Business has been affected by the COVID-19 Lockdown. No revenue is coming in as I told my drivers to stay safe at home until we are told to venture out. I know some taxis are operating but I believe we can lose money and gain it again, but once we lose a life, that is it. My vision is to bring a taxi service to those I serve and in as many places in the nation, though the next important project is to purchase a stand and build a home for my family. It will come to pass as everything is possible to one who believes by faith and grace.