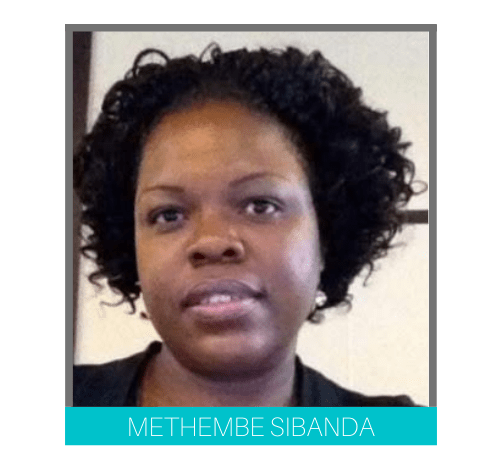 I was the happiest bride when I married Wellington Sibanda in 2009. I pictured myself in a lovely home, and visualised children giggling all over us. That was soon shattered by a miscarriage I had. We were very sad but had hope of other children coming.

I enrolled for a Masters, in Development Studies, and buried myself in the course to deal with the pain. As weeks and months passed, there was no sign of a baby. In 2011, after undergoing numerous tests, we received a crushing medical report from our General Practitioner that our chances of having children were next to nothing. What a blow! I could not imagine going through life without a child. We were told that our only option was in vitro fertilization (IVF). There were no medical institutions offering IVF then. We were informed the procedure could cost up to USD 5000 in South Africa. That was beyond our means.

We both decided to focus our attention on upgrading ourselves academically and starting a family business. I completed the Masters, and another Post Graduate Course in Health Management, graduating from two institutions in one year. We also invested in a small family business. We kept ourselves busy and put up a brave front. Behind the make-up and smile was a woman who had more questions than answers. “Why me Lord?” I asked. Year after year I watched younger couples have children. We prayed and prayed, but the Lord seemed to have shut his ears to our cry. I even stopped going for alter calls for people that were believing God for the fruit of the womb.

In August 2014, my husband who was a diabetic fell terribly sick. We were in and out of hospital every month for five consecutive months. We prayed so hard that God would heal him. The Christmas of 2014 and the new year of 2015 were spent in hospital. Wellington was discharged on 2 January 2015. We stood outside at the hospital carpark and prayed to God. “Lord, we are not coming back to this hospital again, unless it will be to deliver our child.”

One day, in July, l attended a three-day prayer and fasting camp on the mountain. The theme of the prayer camp was from 1 Samuel 1. I prayed and cried to God, “Lord, change my story! Please change my name and identity. If l came to this mountain a barren woman, may l come down with a new name. O God, let there be something tangible that will be evidence that l encountered you on this mountain.”

I discovered l was pregnant after six weeks from the prayer mountain. I never went to a scan, but l named my baby Samuel. l told my friends, “Please call me ‘Mummy Sammy’! I was convinced and had deep faith that Samuel would be born against all the odds. My husband also started calling me, ‘Sammy’s Mum’. The pregnancy journey was not easy; but God was very faithful. We knew that God who had begun a good work in us was faithful enough to bring it to completion (Philippians 1:6).

When l conceived, my husband was not working after his long illness. He ran our small business. It was later when l connected the dots that l realised why we had to start the business. The coming of the baby called for additional income. One day l prayed to God and said, “Lord, how shall we make ends meet with the little one?” God said, “Be still, and know that l am God” (Psalm 46:10, NIV).

In January 2016, my husband received a phone call from some organisation to come for an interview; two years after he had applied. He was going to another town 400km away from home. As we packed his bag, we declared that he would get the job although he had been called just for an interview. We even dared let God know our salary expectations.

He got the job as we had declared. Samuel was born on 11 April 2016, where his father had been hospitalised. I cannot describe the joy we basked in. God is faithful to his Word. In July of 2019, God surprised us with another conception, and we gave birth to a baby girl, Jael. We thought of Judges 4 and prayed that God would give us perpetual victory.

After seven years of barrenness and a miscarriage, God turned our pain into joy.

(Methembe is married to Wellington Sibanda and they have two bouncing children.)

I hope Methembe’s story has inspired you to look out for God’s amazing and abundant blessings in your own life. He hears our cry. His answers are never a mistake. He makes everything beautiful in its time. And, He keeps on doing great things. Hallelluia!