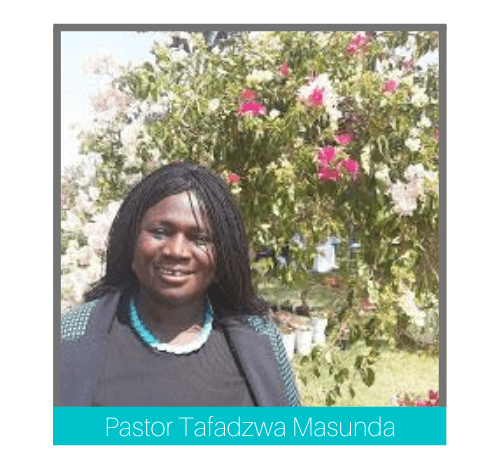 SHEPHERD, AND SHEPHERD AND THE SHEPHERD

On Friday, 30th August 2019, I had the privilege of attending a dear sister and fellow writer’s book launch at Meikles Hotel, in the Stewart Room. Pastor Imelda Tsumba was launching her 38th book, ABORTION HAS CONSEQUENCES.  The room was packed with guests.

The main Guest Speaker was the well-known Apostle Langton Gatsi of One-Way Ministries. He had brought along a woman from Mutare, Mavis Tsikiwa, who told a touching testimony, before making his presentation. I saw the hand of The Good Shepherd that orchestrated the whole story.

The people below graciously gave me their time, and related a story packed with lessons. Read on and be blessed by this story of amazing grace.

“I heard a baby crying in the toilet!”

“There’s a baby crying in the toilet,” said my sister with urgency.

I quickly sat up from a tired deep sleep. This was the first night of our 2015 church conference; One Way Ministries, at Muyengwa Homestead in rural Rusape. There were delegates from Mutare and Harare. My husband and I were the Senior Pastors in charge of this conference. I wrapped myself well and my sister and I rushed to the less used toilet, and we could clearly hear the intermittent strained cries of a baby as we drew closer. Other women who had been disturbed from sleep as my sister shook me awake trailed behind us.

As we shone our phone torches into the pit, there was a newly born baby, miraculously lying face up on its side, left arm uplifted on the waste matter sludge. There were gasps of disbelief and shock; and screams that woke more people up. Deep anger reigned and there was commotion all around as men tried to rescue the baby.

“Who on earth did such an outrageous thing! Let’s stop all the women from coming out and check who the culprit is,” I said to my sister and two other women in leadership. So, we hurried back and went from room to room examining all the child-bearing women and girls. After checking a few women among those who slept in the kitchen, one woman spoke up before we got to her.

We all stopped in our tracks. I shone my torch on her face, anger welling up in me, and was further dismayed. How can it be? This was the woman who was singing beautifully in the Praise and Worship team. I had seen her working hard all day long. How could it be? There was complete pandemonium as everyone poured out their contempt and disgust on the woman.

It took my sister, Catherine Mukombachoto, the major sponsor of the Rusape congregation who had come all the way from South Africa, to calm the situation.  She said, “No, no, no! There is something wrong with us people. Why did this poor woman not share her burden with any one of us? Why should anyone ever contemplate committing suicide, or dumping an innocent baby during a church conference? It means she was afraid. She feared being judged. People, I think we all need to pray and repent from our bad attitudes that drive the suffering to such dastardly acts.”

Catherine said a lot more and really spoke to our hard hearts. There was a lot of sniffing by the time she finished her strong rebuke.

I married Anthony Marinyu in 2002, and we had four lovely children. In 2011, we all went to try out life in Mozambique, his home country. He fell sick and four months later he passed on. That was the beginning of my woes.

Anthony had written a note that said, “If I die, please take all my children and go back to Zimbabwe.” We had been renting a house in Mutare which had been our home. When we got back, all the furniture, the car and other property had been sold by his brothers, without my knowledge. This was a huge blow. My sisters came to my aid and persuaded my destitute widowed mother to allow us to stay with her. She was not happy at the prospect of five more mouths to feed, from meagre means. Though the rejection hurt, I understood her plight. I used to do piece jobs in other people’s gardens to care for my children. In 2012, I was an ardent church goer after receiving Christ as my Lord and Saviour. I participated in the church choir.

In 2014 I had a relationship with a man who was not a believer. He was an extra source of income, but soon vanished into thin air once he learnt I was pregnant.  My woes increased. I could not tell anyone about my new predicament as I knew I would be rebuked strongly for the foolishness. I just drifted from day to day like a zombie, feeling like the scum of the earth. I even wanted to stop going to church, but, was persuaded to continue fellowshipping.

So it was that when conference time came in 2015, I still had the secret wrapped in my heart. I had not registered in any maternity clinic. My plump body hid the secret, and no one suspected anything. On Day One of conference, I was very active in all I did. But, that evening, I began to experience some labour pains, and so I kept going out. The women I was with thought I had diarrhoea. At about 9:00 pm, when most people were going to sleep, the pains intensified. I went behind the cattle pen where I sat and writhed alone in agony. The baby came, and I did not even have anything to cover it.

I could hear some women calling me as I had gone for too long, but I did not answer. I sat there holding the baby till the afterbirth also came out. Since nobody knew I was pregnant, I decided to go and dump the baby in the less used toilet. Nobody would know. I did just that, went back and got some water to wash and went into my blankets. Sleep did not come. Hours later, some women came into the room and woke everybody up.

“Wake up! We want to check all of you here. Someone dumped a baby.”

My heart thumped so hard I almost suffocated. They started checking woman after women, and just before they got to me, I heard myself blurting out in shame, “Mam’, it’s me.”

I was ready to receive any blows or whatever punishment would be meted out, as I deserved it. (Mavis stops talking and tears choke her.)

Though I had believed that God would never hear my prayer because of the sinful act I did, He proved to be faithful. Later, I prayed like Mam’ Hannah of the Bible. I poured my soul to the Lord and asked that He may never take me for a wicked woman as I prayed in anguish and grief, 1 Samuel 1:15,16 (NIV).  I repented sincerely and was sentenced to community service for three years after my crime. The Lord is merciful and righteous. He saved my precious son Shepherd and me. Jesus is truly my good Shepherd.

FROM LEFT TO RIGHT: Little Shepherd, Mavis, the writer (B Nkala) and Shepherd at the Book launch

There were many people at conference, so I slept in a car. I had come from the Dzivaresekwa congregation in Harare. It was about 2:00 am when I heard a commotion all around and woke up to hear people saying there was a baby crying in the toilet. I rushed to that toilet and could hear the tired cries of a baby, that rent my heart.

At first, we got a bucket to try and scoop the baby out, but thought not, as baby might sink in the smelly sludge and die.

“Let’s remove the roof so you will be able to pull me out,” I suggested. “I’ll go in!” Each time the baby cried my heart was wrenched. We had to chip the squat hole to enlarge it. They tied my feet and I went down. I grabbed the baby’s arm and they yanked me up. I passed the baby to Munyaradzi Munyengwa, Pastor Tafadzwa’s brother who had been helping direct me.

It’s funny that I do not remember being suffocated by the stinking smell. All I remember is the great relief that the baby was out and in safe hands. I witnessed that the devil is definitely a thief who only comes to steal, kill and destroy; but Jesus came that we may have life, and have it to the full; John 10:10, (NIV).

Surprisingly, the baby’s face was clean from faeces. It was a miracle that it did not have any creepy crawly maggots all over it. We had water ready to wash the baby. In no time it was in warm clothes and blankets. All women who had babies donated towards the miracle baby, who was given the names, Shepherd Munyaradzi, after the two main rescuers.

Very early the following morning, Baby Shepherd and mother were taken to the nearest medical centre where the baby was pronounced fit and fine. The matter was also promptly reported to the police and to the chief, who was very angry about the ‘curse’ brought into his area.

My favourite scripture for troubled children of God is found in Matthew 11:28 (NIV), when Jesus makes this invitation: “Come to me, all you who are weary and burdened, and I will give you rest.”

Little Shepherd is now four, a lovely and healthy miracle that the Good Shepherd rescued to make us better people.