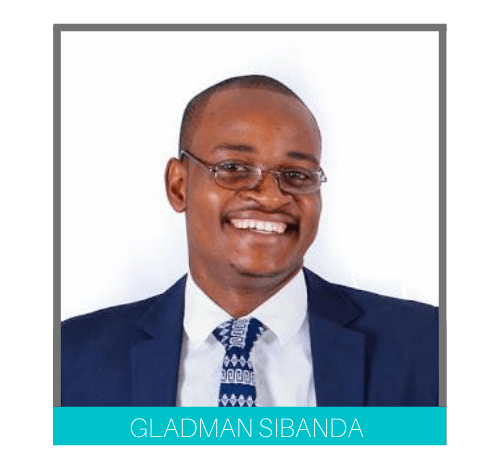 SUCH IS HIS GRACE

September 18, 2019By Gladman SibandaSTORIES OF FAITH

I hail from a big family in Bulawayo. I am the sixth of eight children. Under the current economic environment, parents struggle to see all their children go through school with ease. When I approached mid secondary school, I was determined I would go through ‘O’ Levels no matter what. I believed what we had been taught in church, that He who began a good work in me will carry it on to completion (Philippians 1:6). I was determined to set new academic achievements.
As I approached my final year for ‘O’ Level examinations, life became tougher. It was difficult for the family to make ends meet. Sooner than later, I dreaded going to school as I would be met with the same words, “Gladman Sibanda, you have not paid your fees. You can’t attend classes till you have paid all that is owing.”
That was very disheartening. The thought of others progressing with their learning made my heart sink. But I did not give up. I moved from suburb to suburb knocking at the door of one relative after another, seeking financial assistance. It was all in vain. I spent so much time worrying about payment of school fees I did not study well. Through His amazing grace, fees were paid, and I sat for the exams. When results came, I had the shock of my life. I had failed dismally and only obtained three ‘O’ Level subjects; Ndebele, English and Geography.
“Lord, is this my fate? Is failure my destiny? I was hoping to do better and to set a new academic record. I believe abject poverty is not my portion Lord! You promised that when we delight in you, you will give us the desires of our hearts.” After collecting my result slip, I was presented with a lot of options by close friends, relatives and even some of my former teachers.
“You should go for a building course at that vocational college in old Pumula .”
“Let’s go for gold panning Gladman. They say we can make good money there.”
“Try prison services Gladman. The only qualification you need there is a 10 km run.”
I went through spiritual strife and refused the fate and limitations the devil wanted to condemn the Sibanda family to. I was not going to listen to him whisper that I was a failure.
“I am not a failure! I refuse to be one. I shall go back to Sizane High School. With your help Lord, I shall rewrite my ‘O’ Levels.”
So it was that the following Monday I donned my old khaki shorts and went straight to the Deputy Head’s office. As if she had been waiting for me, she said,
“Welcome back my son!” It felt good to receive such welcome. “Which class do you want to go to?”
“I’d like to attend my previous classes Ma’am. I wish to take the same subjects. Thank you, Ma’am!”
This became the most trying time in my entire academic career. News of me repeating ‘O’ Levels spread quickly around the school. By breaktime students flocked to my classroom to confirm if news of my return was true. Some students passed by the classroom windows peering through and poking fun at me. All that strengthened my resolve.
At that time Nkulumane BICC, my church, was fellowshipping under the theme, ‘Pressing on towards the mark’ from Philippians 3:14. This would prove to be ‘my’ personal theme as it encouraged me to focus more on the prize than the critics around me. I was often haunted by the challenges of lacking confidence, self-condemnation, and fear of the unknown. Only that this time around, I knew and believed that the Lord was with me. King David in Psalms 138:8 says, “The Lord shall perfect all which concerns me.” All to me meant ALL, including the little details of my life.
Eventually, I passed my ‘O’ Levels and got admission for Advanced level at Sizane. Some teachers were not confident I would pull through. This became the turning point of my life. I had broken a barrier in the family history according to the promises of Philippians 1:6. I had a bunch of friends around me who encouraged and supported me through the erratic path to academic glory.

One Sunday morning during the early morning prayers, the intercessor called all elderly people present to pull one youth and pray for him/her.

This was a divine arrangement. I was quickly pulled out by Mrs Thobekile Ncube, the then Pastor’s wife and she declared blessings and victory upon my life. She encouraged me to pray. As I drew closer to Christ, the burden of life lightened and victory became certain by day.
I went on to pass my Advanced Levels with flying colours scoring a total of 18 points of a possible 20, and this was a school record at the time. I proceeded to the University of Zimbabwe where I graduated with a first-class degree in Tourism and Hospitality Management (Honours) in 2017; coming out as the best overall student. I also had the privilege of studying a short-term course in Beijing China as part of a scholarship program for Tourism students.  The Lord has gone on to qualify me where I would have naturally been unqualified, and such is His Grace.

Gladman Sibanda married Lydia Mavunganidze in 2018 and they have a lovely baby boy, Simdumiseni. Mr Sibanda is a Regional Training Officer at Simbisa Brands (Private) Limited in Harare.