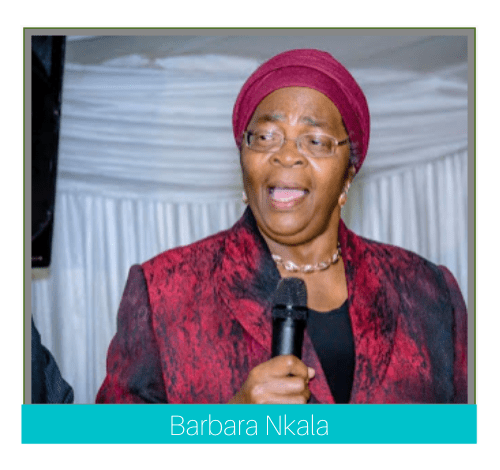 January 1, 2020By Barbara NkalaSTORIES OF FAITH

There is just one more day to go before 2019 comes to a close. After my morning devotions I lounged and closed my eyes. I pondered the many Christmases I experienced in childhood (in the 1950s), as a young person, as a young couple, and now that I am a grandma. I began to think of the early Christmas times and the man who impacted my life in a big way from childhood. He was imposing. He had such a presence. He was full of wisdom. He was caring. Khulu (Grandpa) Makhalisa Moyo has been gone about 29 years, but I still remember him with candour. My faith roots start there. I bask in the rich legacy bequeathed by him.

I flash back to those wonderful years gone by. Every school holiday father drove us to Khulu’s farm at Godlwayo in Filabusi. We used to look forward to those times. Khulu would welcome us with delight and immediately lead us to the sheep pen to choose one to slaughter. We, townsfolk helped by holding the legs apart and learnt a lot about the inner parts of the carcass in the process of skinning the sheep. The tail was a bag of fat that Gogo fried, saving the rich oil that she used to fry scrumptious doughnuts for tea. When the lamb was used up, another sheep was slaughtered.Khulu wanted to hear about our school progress on day one, and we crowded him to show our reports. We each were rewarded with shillings that we kept for use at the school tuckshop. It was really wonderful to hear Khulu say, “Very good! Well done!” We loved it! Khulu was a keen educationist. He had helped establish Vumangwe Primary School at Gwabila with the Salvation Army Church. He educated all his children, five boys and four girls.

Two Aunties were teachers and two were nurses. I admired them. He also educated his late brother’s grandchildren who filled the homestead. It was a big home with a big family, including a vagrant in the area, and the poor who came to work in Khulu’s fields to make a living. Big three-legged iron pots were used to cook isitshwala (mealie porridge). It was interesting to watch the elderly ladies use big cooking sticks to stir the porridge. It was equally fun to watch two people pounding mealies to a rhythm, with song. The skilled would even throw up the stamping stick and catch it in time to stamp in and out. We learnt the skill and art, including grinding roasted nuts on a grinding stone. We shared food from the same dishes in groups. Only Khulu had his own plates. Women ate together, so did grandmas, older boys, children of various sizes. What was annoying was to have an older child pick the nice piece of meat one was eyeing, or if they delayed picking relish as there had to be the order of age in picking pieces of meat.

A special treat was when we each had wooden spoon-fulls of fluffy pure white curds mixed with cooked and ground barley placed in our cupped hands – ‘umcaba‘. O, my mouth waters still. It was an honour to be called by Khulu to collect his plates for he always left something good in the plate and he always had the best of all food.We learnt a lot of things in the rural country-side so that our childhood was very rich, as we were familiar with both the township trends and the farm life. We learnt how to balance big buckets of calabashes of water on our heads. We always stopped to swim in the pools in the river. We looked for firewood, and learnt how to make a fire at the hearth, sometimes in tears because of smoke from wet wood on rainy days. We swept the yard clean using branch brooms. We learnt how to use cow dung to smear on the floors. The smell of the floors was good and fresh, and no insects were bothersome. Khulu led us in fertilising the growing maize using little scoops. He demonstrated where to place the fertilizer, and how to remove offshoots. We learnt how to cultivate and remove weeds. I learnt to hold the leather reins to guide the oxen. At first, I was fearful that one ox would break loose and gore me with its horns, but no, they were all tame. The best time was in the evenings. After the evening meals, we played all sorts of games outside in the dust. We had already bathed, so that dust was cleaned by the blankets. Amazing that we never fell seriously ill except for the occasional common coughs and headaches. Many a time we sat in Gogo’s kitchen to listen to the wonderful folk stories (‘inganekwane‘). Some were scary and I would have night-mares, but most were just great fun with great lessons. Sometimes we had competitions of riddles. We sang and danced. Every evening, at just the right time, there was a call in the homestead: Mthandazo! (meaning, “Time to Pray!”) We all stopped what we were doing and rushed to sit in Khulu’s lounge/dining room.

Khulu sat in his antiquated sofa, holding his Zulu Bible. (There was no Ndebele Bible then.) We sang a couple of songs from the Salvation Army hymn book. That is where we learnt so many classical hymns in Ndebele, such as “Bal’ Inhlanhla Nezibusiso” (Count Your Blessings), “Umhlobo Wethu NguJesu” (What a Friend We have in Jesus), “Babuthule, Ubusuku” (Silent Night), “NginoMsindisi Ongigcinayo” (I have a Saviour Who’s Mighty to Keep). Then Khulu would read a chapter or section from the Holy Book. He is the only one who owned a Bible then. He would elaborate on the Scripture and then pray or ask one of the Gogos to pray. Then off to bed, where I often dreamt about a bull chasing after me, or a snake trying to jump and bite me as I flew.The best times were Christmas times. Father would come from Bulawayo loaded with gifts for each person.

I thought we had the best gifts always, and he always brought the most modern of things, such as the latest dollies that made sounds, or tiny click and watch screens with interesting pictures. There were new clothes and shoes and socks of course, so that we were all smart on Christmas Day. And Khulu beat the drum with gusto while Gogo MaSibanda played the tambourine that had many coloured ribbons flying in the air in style. As the eldest grandchild, I always organised the younger children and we performed a Christmas skit, and we sang Christmas carols learnt at our Sunday School at BICC Mpopoma. After an uplifting worship time, we had a good Christmas lunch with a lot of meat, and sweets. Ah, those were the days! Khulu after every so often called for a gathering of all his children, and grandchildren for Thanksgiving. A cow would be slaughtered and there was a lot of other food such as meat and samp and we ate to our heart’s content. The gathering always was to thank God for providence and sustenance. I remember the last one he called in 1989. We gathered at Gulungwe Farm. Khulu stood up and sang praises to God. That is when he taught us the song he composed, “Bong’ uJesu Moya Wam’ ”.  I later in life realised it was based on Psalm 103:1, 2. He then stood up and thanked God that he was still alive, at about 99 years old. His two wives, Gogo Mbanda (MaDube, my grandmother), and Gogo MaSibanda were still alive. His nine children were alive. All his grand children were alive. He counted his blessings and named them one by one. “Count Your Blessings” became the Makhalisa clan theme song. This has persisted till this very day.

Our children are teaching it to their children. What a legacy! So, as we start a new year after tomorrow, I wonder what impact I have made on various ones in my lifetime. I am determined to live 2020 with a purpose. I plan to be more loving, kinder, to serve better, to love God more and read his word more and pray more. Maybe …just maybe I will emulate Khulu Makhalisa Moyo.