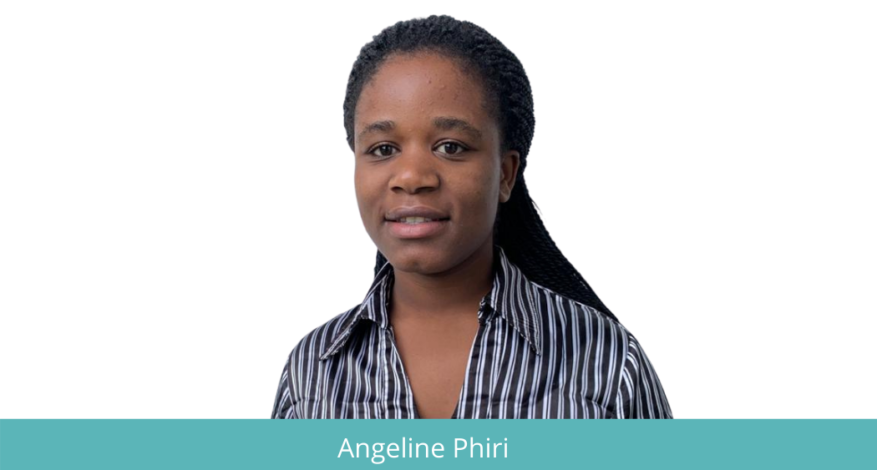 No Textbooks, No Results

March 7, 2021By adminSTORIES OF FAITH

“Angie enough is enough!” said Auntie looking very angry. “I have told you time and again that I am not going to pay for the textbooks that you lost. If you are not going to collect your results because of your carelessness, that is not my problem. Your cousins here always exercised care. One reaps what one sows my girl. Where on earth do you think I can find the money for the lost textbooks? And yet you spend the whole day sitting like a cabbage waiting to be watered.” Auntie, who was my guardian banged the door and left the kitchen. Her husband immediately stood up, collected the candles and followed her without uttering a word. Tears clouded my vision, even as I was in solid darkness. I felt so alone in this gloom.

Two weeks had passed since I tried to explain my predicament to my Aunt. The Headmaster had stressed to all of us students, “If you lost even just one  textbook that was in your possession, please buy a replacement or pay the equivalent at the office. If you don’t, do not expect to get your results. No textbooks – no results!” Two textbooks in my possession had gone missing. I would not get my results if the two books were not replaced. It became clear that Auntie was not going to budge though I had tried hard to explain how the English and Commerce textbooks had gone missing. The books were stolen from me. I was at a loss what to do. I stood up with tears rolling down my cheeks and went to my bedroom.

I threw myself on the bed and wept bitterly and sorrowfully. I thought of the long late nights I had spent studying for those examinations. I was confident that I had passed well enough to proceed to A Level. I had a lot of verses that I used to recite when I was preparing for my examinations, and one of them was, “You shall eat the fruit of the labour of your hands, you shall be blessed and it shall be well with you”  Psalms 128:2 (ESV).  At that moment, the dream to ever eat the fruits of my labour seemed to melt and evaporate into thin air. It seemed as if I had been working hard for nothing. In the middle of the night, I was weak, shivering and seeing broken images. There was no hope for the future left in my heart. Then I heard a voice within me.  I held my breath and carefully listened to it. “Rise, take your Bible and read because in it, you will find all the possible solutions to your problems.” I got up and reached for my Bible and carefully fingered through it, reading familiar snippets.  As I did that, I felt my strength coming back. I started having positive thoughts. I regained my trust in the Lord. New thoughts filled my heart and I told myself that “With God nothing will be impossible” Luke 1:37 (NKJV).

The following morning, I called my mother who was in Bulawayo and told her that I wanted to look for a job so that I would earn money to replace the books I had lost at school. I heard her exclaim in surprise, and she told me that she had spoken to Mr Zesa who was urgently looking for someone who would help at his restaurant in the city. My face lit up when I heard this, and I told mother that I wanted the job. Later that evening, mother told me that she had spoken to Mr Zesa and he had said that I must come to Bulawayo immediately to start work. I was ecstatic and barely slept that night.  I woke up before the cock crowed and informed my aunt that I was leaving for Bulawayo to start a new job at Mr Zesa’s restaurant so that I would get money to replace the textbooks I had lost. My aunt is the type of person who takes time to think carefully. So she was shocked and troubled because she thought my decision was rushed. She was also worried what the city life was going to be like for me because I had spent my entire life in the rural areas and had never worked before. My mind was made up and no one would convince me otherwise. I said my goodbyes to my aunt and uncle who I had lived with, and I got onto the 7:00 am bus to Bulawayo. Mr Zesa and his family were very welcoming.

Mother had explained to Mr Zesa that I needed to make enough money to pay for some texts that were lost at school so that I would get my O Level results. I was truly grateful for the opportunity to work. I praised the Lord with my whole heart and recited Psalms 23:1 over and over. “The Lord is my Shepherd; I shall not want.” I started work. A month passed and I was not paid. Another followed and I received nothing. I started worrying and asked mother to confront Mr Zesa and ask why he was not paying me. He pretended bankruptcy. He promised to pay me the following week. The week came and nothing came to me. Other  workers were getting their pay. Mother became angry so that she wanted me to leave the job and report Mr Zesa to the police. I calmed mother and told her that the Lord had plans for me, plans to prosper me and not to destroy me. I continued doing my work well. The third month came to an end, and I was not given anything. I did not get even a word from Mr Zesa. I did not share my concerns with anyone. I decided to keep my calm. I knew the sun would rise somehow.

It was on 15 February 2018 when it was announced through radios, newspapers and televisions that the O Level results were out. Then I became greatly troubled. I did not know what to do. I knew that no one was going to help me as all my relatives did not have anything to spare financially. My hope was only on Mr Zesa. God really works in miraculous ways. That day my colleagues could tell that I was not my usual self.  To my surprise, I found Mr Zesa in the kitchen waiting for me holding a paper bag. He gave it to me and I could tell that everyone wanted to see what was inside by the way they reacted.  First, I thought it was bread for the customers, but I quickly realised that the parcel was not bread. When I opened the bag, there were two textbooks; English and Commerce books I needed, neatly covered. I did not know what to say. Only tears explained how I felt. That was not all. Mr Zesa also gave me double my salary.

“My child, this is what I managed to do for you. Go in peace. Inform your mother and collect your results. Come back here as I have also found some scholarships for you. I know you made it. Rise and shine Angie!”

The news that I was the top student of the year 2017 at Nesikwe Secondary School filled the waves.  I proceeded to A Levels at a boarding school, Hlangabeza High School in Nkayi. Again, I was top of the class after two years with a B in History, B in Economic History, B in family and Religious Studies, and A in Literature in Ndebele. At the beginning of 2020, I applied for a Bachelor of Laws Honours Degree to several Zimbabwean universities including University of Zimbabwe, Great Zimbabwe University as well as Midlands State University. Midlands State University was the first to respond stating that I was not fit to do the programme because I had low points. Friends and relatives started to pressure me to think of another programme. I did not take their advice because I knew that it had been God who had guided me. I believed He would not abandon me. He was my Saviour and provider who says, “Look at the birds of the air, that they do not sow nor reap nor gather into barns and yet God feeds them. Are you not worth much more than they?” Matthew 6:26. I waited, hopeful. Two months later, I received a letter from Great Zimbabwe University stating that I had been admitted to study Bachelor of Laws Honours Degree at Herbert Chitepo Law School. I was one of the 46 students admitted. Needless to say how very thankful I was.

God is amazing. He always paves the way to success for those who have faith in him whether in good or hard times. What he has done for me thus far proves His faithfulness to his word, “Trust in the Lord with all your heart and lean not on your own understanding; in all your ways acknowledge him, and he will make your paths straight” Proverbs 3:5, 6. It has been a long journey from the worry I suffered knowing that if I had no textbooks, there were no results. I aim to work hard, be more careful and succeed in my quest to become a lawyer.