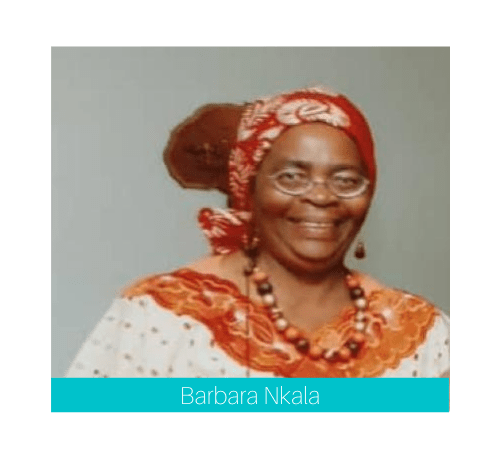 January 18, 2021By Barbara NKalaSTORIES OF FAITH

Revelation 12:11 says: “They overcame him by the blood of the Lamb and by the word of their testimony; …”. When we tell testimonies of the Lord God’s power and saving grace on our lives, the devil slinks away tail between legs. So, let us share our amazing stories of God’s love in action and shame the evil one.
We look forward to reading your own story of faith in the coming weeks. Your well-written story should be about 1000 words. Send your story to: info@bcmnliteraytrust.org. Selected stories will be compiled into an anthology of stories of faith.
Here is today’s story of faith told by Barbara C Nkala. Enjoy! Look
out for the next story of faith soon.

Master, the tempest is raging
Oh the billows are tossing high
The sky is o’ershadowed with blackness
Oh no shelter or help is nigh
Carest Thou not that we perish
How can you lie there asleep?…
Get up Jesus because
The winds and the waves shall obey Thy will
Peace be still, Peace be still …

I love this song, especially the Gaither version led by Jesse Dixon. I do not know how many hundreds of times I played it in 2020. The Covid-19 tempest raged but I was assured over and over that the Lord Jesus is there to say, “Peace be still!” (Mark 4:35-41).

So, we were asked to go and think about these options, inform family, discuss and come back to give our chosen way forward. We had already consulted Professor Andrew Cakana back home. He had attended Shadreck in 2014, and he also consulted colleagues. He had already let us know earlier the best option. The decision was hard and I wanted my husband to make his own final decision. I prayed. We prayed. Family, relatives, friends and many other people prayed with and for us. Some even fasted and prayed for and with us. We were well covered on that score. The peace of God was almost tangible – that peace which passes all understanding.
Time was not on our side. After prayers one morning, Shadreck said,
“Call the Doctor and tell him I am settling for the second option.”
I praised the Lord. We began to see God’s hand in orchestrating everything. Dumi had taken a medical cover for us two years before which would cover hospitalization and the related oncology treatments. She had pushed us to South Africa. We wondered what would have become of Shadreck if all this had happened at home, where our health delivery system had collapsed. We counted our blessings and named them one by one.
On 12 August, Shadreck was admitted at Morningside-Medi Clinic for the surgery. I could not visit him as that was not allowed because of Covid. I was on a fast and prayer. The best news of the day was when the Doctor’s personal assistant sent me a message that read,
“Good news – the op done and Dr is very happy with how it went. He said hubby may even be able to go home earlier that anticipated if all goes well.” I was so happy I could fly. I sent messages to family who were praying and awaiting outcome. For me, coming out of theatre alive is always the first miracle.
The wound was scary. Two toes had gone. I thanked God still. The whole foot or leg could have gone. The wound was dressed twice a week. There was a time when bacterial infection set in and the wound went so bad I was afraid the foot would be amputated. The Wound Sister who enjoyed bullying patients and boasted 30 years of experience dressing wounds used some honey treatment. I was astounded at the change for better in the wound outlook the very next day. On 11 September, Shadreck was admitted in hospital again for grafting. Dr Marais took a patch of skin from his right thigh to patch the wound. Shadreck spent six full days in hospital and had to stay put even at home so the grafting would set well. His feet had to be elevated all the time. That was not easy, but he soldiered on. I became the home nurse. Healing was slow but we saw improvement as weeks progressed. Dr Marais was happy with progress. God had been more than good to us.
We were in South Africa for a full seven months. One of the joyous events was a zoom Thanksgiving meeting organised by our brother-in-law, Bishop Ngwiza Mnkandla. There were over sixty relatives and close friends from Canada, Ethiopia, South Africa, UK, US and Zimbabwe. It just was such a blessed evening of blessings, worshiping and praying together and acknowledging God’s mercies. About mid October, the Oncologist gave Shadreck a clean bill of health. We understood the many singers, biblical and otherwise who sang,
“What shall I render unto the Lord for all his benefits towards me?” Psalm 116:12 (KJV).
We prepared to travel home. The wound would heal completely at home. First, Shadreck had used two walking sticks. He soon graduated to one. Now, he walks even without a stick.
As soon as we arrived home, I began to have my own health issues attended. I had eye cataracts removed one after another in two weeks. I had a bothersome growth removed from my chest and it had no malignancy as we had feared. 2020 has come and gone. Covid-19 continues to wreak havok and take lives. Sometimes we are filled with fear when we see beloved folks fall sick and die. But suffice to say, we cannot stop counting our blessings and singing praises because we witnessed His hand of mercy on our lives in 2020. And best of all, the Master was ever present to say, “Peace be still.”